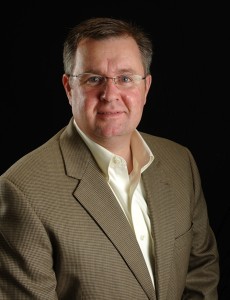 On Thursday August 21, 2014 at 7:30 am., come and meet Chad Colby at our test plot and witness a live UAV demonstration and presentation.

When someone wants to know about the state of the art in UAV technology or policy, Chad Colby is the “go-to guy”.  He combines his experience and passion for farming, aviation and technology to provide insights into this rapidly evolving farm tool.

Chad was raised on a Bureau County, Illinois grain farm. He lead a California-based aviation construction company that designed airport hanger projects and became a pilot.  He returned to Illinois and became immersed in precision agriculture, first at Precision Planting, then as a Ingratiated Solutions Manager and Marketing Manager for one of the nation’s largest John Deere dealers.

When customers learned that Chad had a plane, they wanted to fly their fields.  So while Chad understood that the airplane’s bird’s-eye perspective was an ideal scouting tool, he also new that the plane was not efficient — owning and flying an aircraft is time-consuming and expensive.  His quest to streamline this service led him to unmanned aerial systems.

In 2013, he launched AgTechTalk.com to provide the agriculture community with the most up to date information on unmanned aerial systems. The website has become a clearing house for up-to-date information on the four evolving areas of UAVs:  airship technology, camera and imaging hardware and software, applications for the technology and on the rules and regulations relating to the commercial use of UAVs.

He has been active in providing the industry with a better understanding of this emerging technology at events such as the 2013 John Deere Global IT Conference where he presented “Drones in Agriculture, the Next Phase in Precision Farming” and other events such as the 2014 Precision Aerial Ag Show and Ag PhD Field Day at Hefty Farm. He also appears often on “This Week in Agribusiness” where he presents a segment called Ag Tech Talk.

Chad resides in Bloomington, Illinois with his wife Karen (partner at the consulting firm of McGillicuddy Corrigan Agronomics) and daughters Bristol and Mara.

This is strictly open to MEMBERS ONLY.  If you are interested in this demo, but not yet a member of the Kane County Corn Growers, come early and buy your one or three year membership at the plot that morning.  Start enjoying all the benefits of being a Corn Growers Member.

There are no upcoming events.